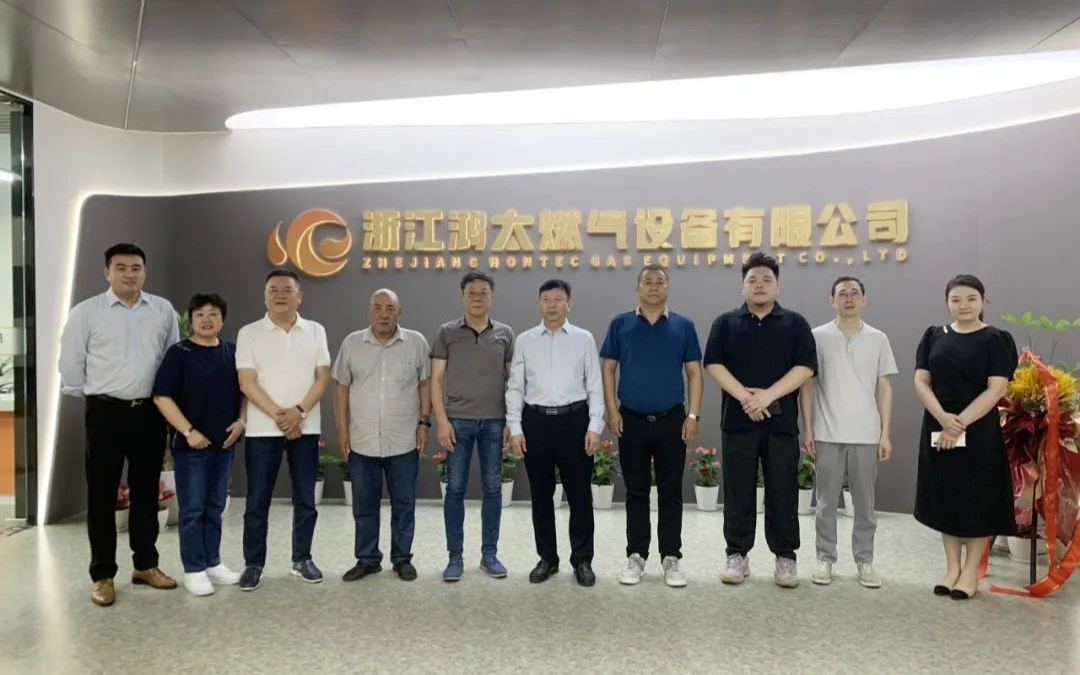 With the joy of harvest in Sept. After more than two months of preparation, Zhejiang Hontec Gas Equipment Co., Ltd. held a listing ceremony on the third floor of Bomin Stock office building on September 13, and officially announced its operation. This marks that Hontec Gas equipment sail from now on and entered a new journey.Hongtai Gas is a joint venture registered in Yuhuan City in July 2022 by Datang Technology and BH company, focusing on the operation of gas safety products, in order to strengthen in-depth cooperation and achieve mutual benefit. In accordance with the "Company Law" and the articles of association of the enterprise to implement the corporate governance structure, according to the modern management concept to operate gas self-closing valve and other commercial business.
Continue Reading 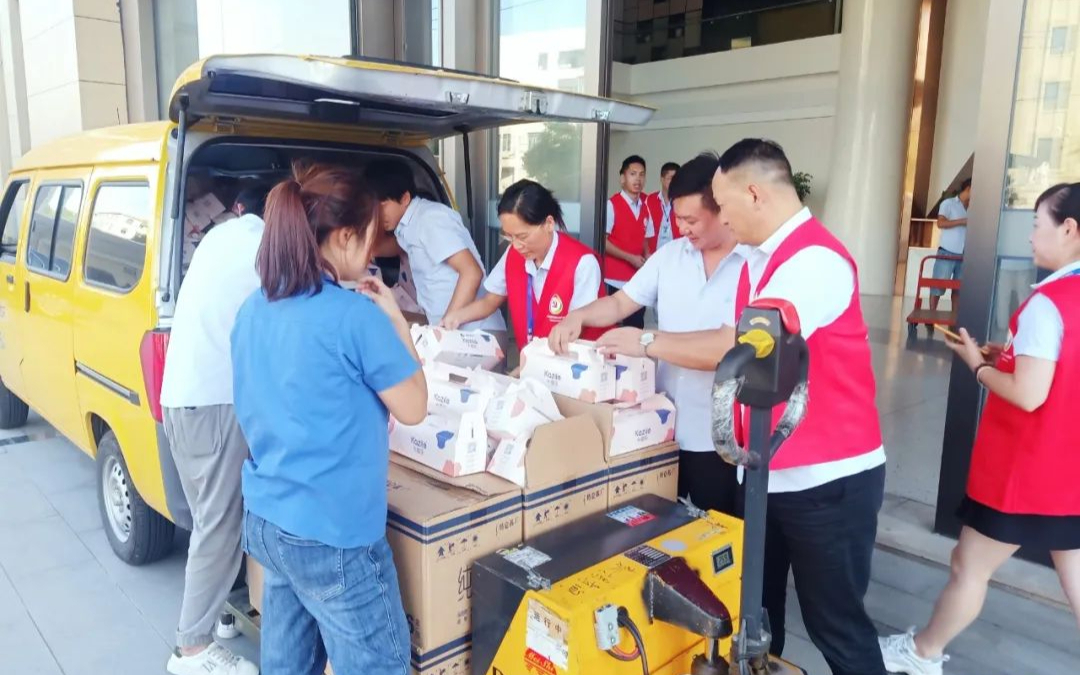 Mid-Autumn Festival Gifts to All the BH person

The day before the Mid-Autumn Festival, in order to thank all the employees for their hard work, the Party branch and the trade union of BH jointly organized a condolence activity, prepared the Mid-Autumn Festival benefits for more than 400 employees, sent them love and blessings, and made them feel the warmth of the big family of BH.The Mid-Autumn Festival has a long history, with the full moon of the reunion of people, people who work outside can not go home, looking at the bright moon, send home and relatives, home friends and family reunion to celebrate the harvest, enjoy joy and happiness. In order to celebrate the festival and increase the festive atmosphere, the Party branch and the labor union of BH purchased mooncakes, milk and other food, and issued supermarket gift cards, so that the employees who were far away in a foreign country could feel less missing. After receiving the Mid-Autumn Festival benefits, the employees were full of joy and praised the company's humanistic care in place. Everyone ate the moon cakes to warm their hearts and stomachs, feeling no different from the holiday in their hometown. Everyone also expressed that in the future work will continue to maintain passion and vitality, for the realization of the second half of the work target to refuel.
Continue Reading 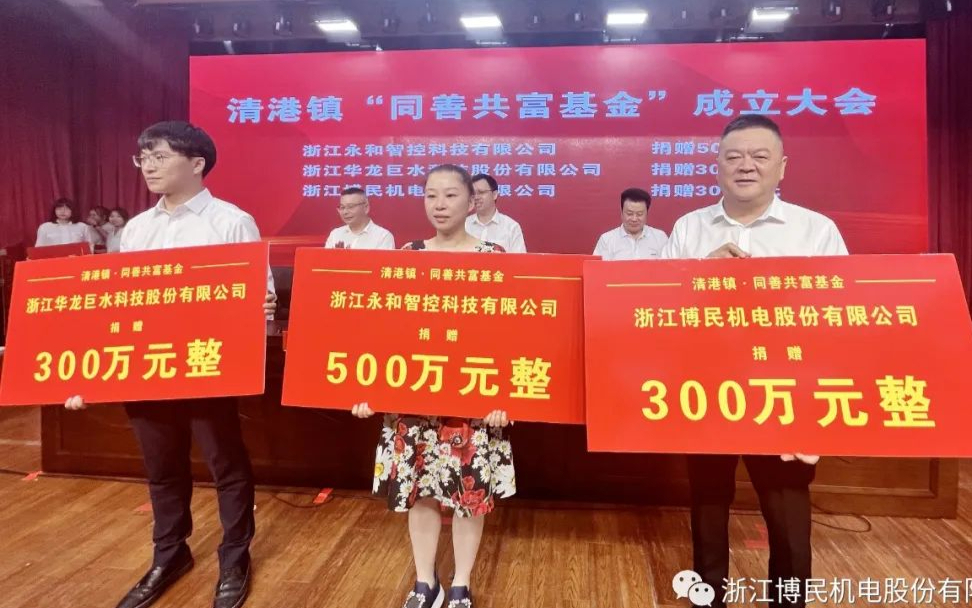 Recently, the seventh "China charity day" and two-stage charity organization yuhuan, qing Hong Kong everybody charity donation activities, "BH company with true feelings and love to give back to society, and a warm society, active to yuhuan city counterpart support of szchuan LuHuo County donated 100000 yuan, to the port town with good wealth funds donated 3 million yuan (300000 yuan for the first time), received high praise from society.To carry out theSpirit of important speech of President Xi, In recent years, BH group has been actively engaged in public welfare undertakings, helping the government relieve pressure and accumulating donations of more than 4 million yuan. The growing colleagues of BH company have driven the prosperity of the local valve industry chain and promoted the common prosperity of the local people.
Continue Reading 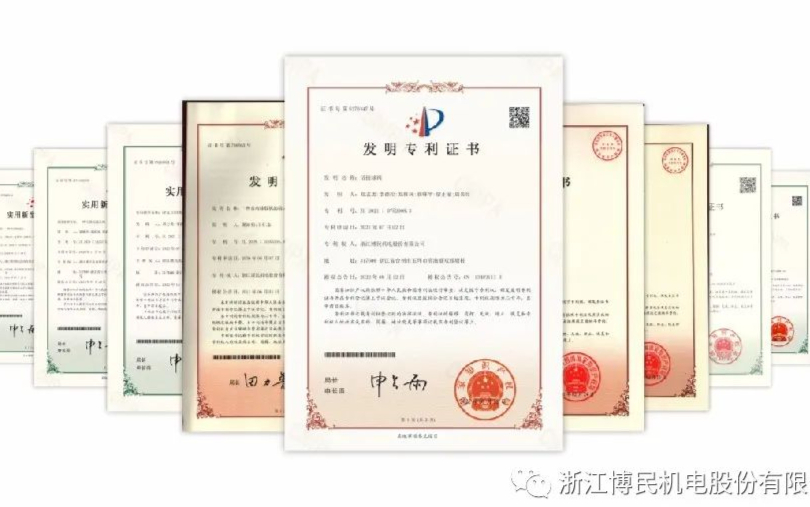 Recently, Zhejiang Provincial Economic and Information Department released the "Zhejiang Province on the fourth batch of special & new" little giant "enterprises and the first batch of special special new" little giant "review through the public list of enterprises". As a pioneer in the valve industry, Bomin Stock stood out among many enterprises that applied and was successfully selected as the national "small giant" enterprise. This is another leap after the first batch of small and medium-sized enterprises in 2021 that were evaluated as "specialized, refined, and new" in Zhejiang Province.The company has been successfully selected as a national "little giant" enterprise, which reflects the recognition of the government, industry, customers and society on the management level, technological innovation and comprehensive strength of Bomin Shares in the field of valves. In the future, Bomin Shares will play the demonstration role of specialized, special and new "little giant", further improve its competitiveness and influence, adhere to technological innovation, and make a positive contribution to the revitalization of national industry.
Continue Reading 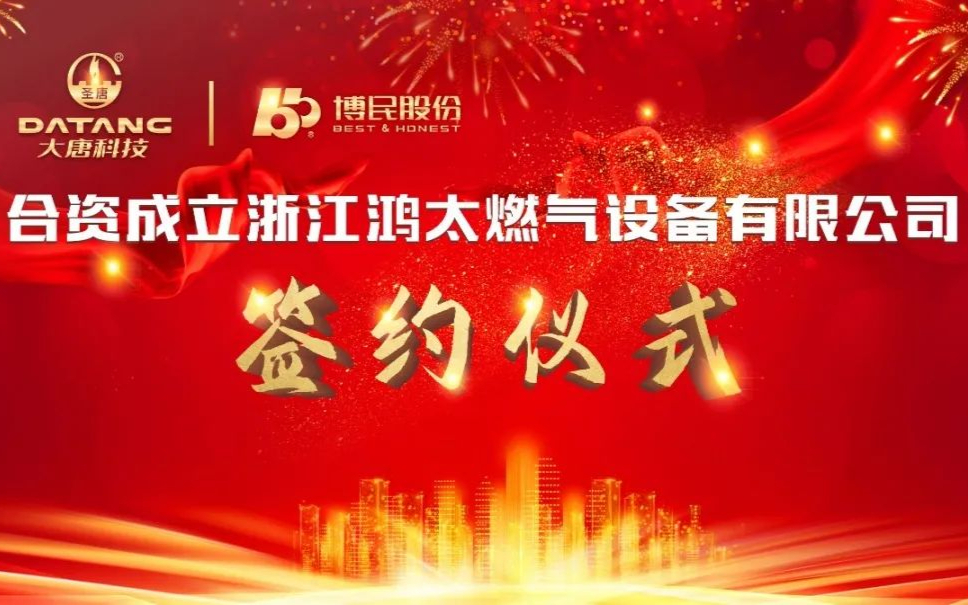